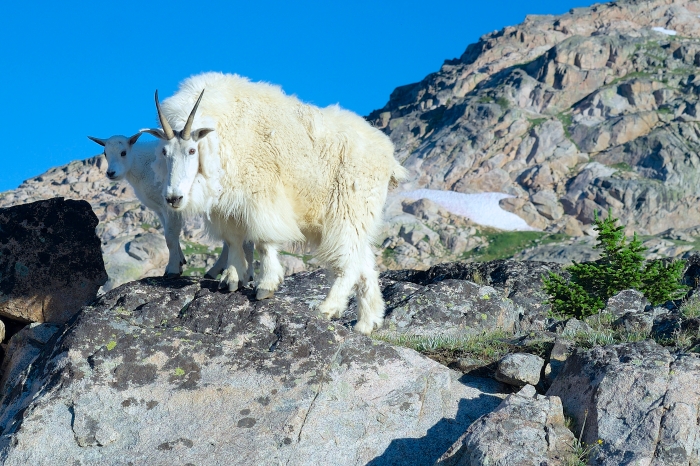 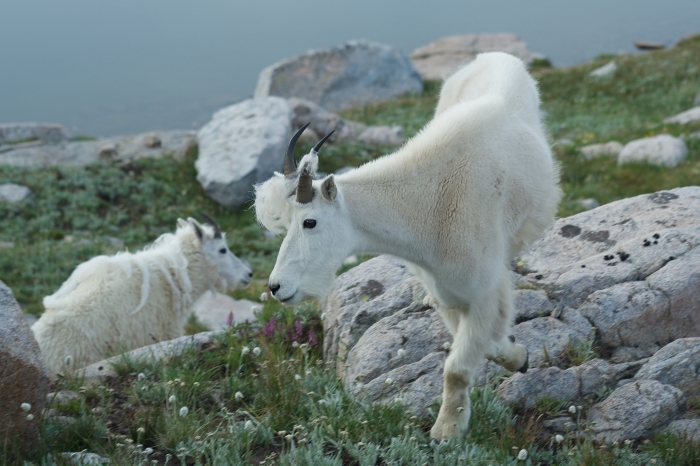 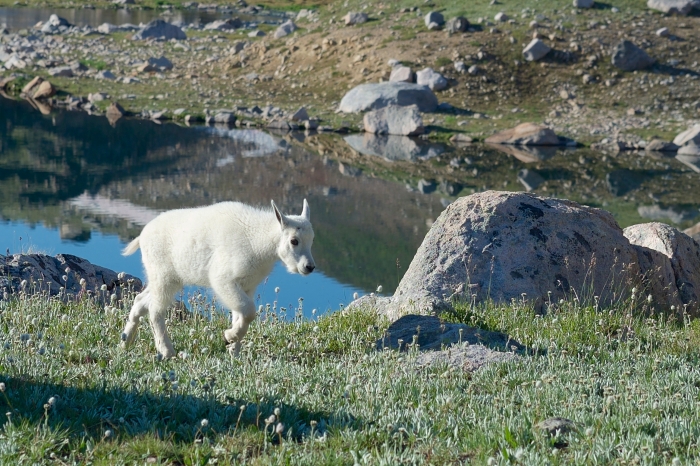 On night three of a backpacking trip, my friends Carl and Don and I were staying at Jasper Lake in the Montana Beartooths, at just over 10,000 feet in elevation.  We stayed up late on the calm, almost-full-moonlit night, sharing a bit of Montana Whiskey.  At around ten or ten thirty we stood up to go to bed finally, and my friend Carl said, “Goats!”  There was a family group — billy, nanny, and kid — just six or eight feet away, watching us.  In the moonlight, their white coats almost glowed.  It was very ethereal.  On a slightly less poetic note, mountain goats like to eat the grass wherever you pee, because they want the salt.  That being said, they were very comfortable around us, and it was cool having them in camp.  They wandered around us for awhile, then we finally went to sleep.  But in the morning, from before sunup, there were ten of them in camp, including two kids.  This time of year, in summer, the adults are molting their winter coats, so some of them looked a bit ragged.  In the second photo, you can see some fluff impaled on the goat’s horns — it’s not his fluff, it’s a chunk he jabbed off someone lower in the pecking order.  Anyway, as with the night before, they were very unafraid and hung around our camp for at least a couple of hours.  I would have liked to have taken more and better pictures, but by day four of our pack trip, my camera battery was running on empty.  To get these photos, I repeatedly removed the battery from the camera, warmed it up in my hands, put it back in the camera and fired off one or two shots before it died and I had to try the same trick over again.   All three pictures taken with Fuji X-Pro1, 60mm, waning battery.